Gain the Lead: How It All Started

Until the summer of 2020, James Miller and Markus Rieker – who would later run Gain the Lead together – were working on separate areas of a large-scale change programme at Wirecard.

Wirecard was a phenomenal success story. Investors were drawn to Wirecard’s rapid growth and claims of superior payments technology, and the company became one of the darlings of fintech in Europe.

But because of the pace of its accession, Wirecard’s senior executives had little time to develop their business units, teams and tools to cope with extraordinary levels of internal change. As employees worked their way up the corporate hierarchy, they were offered little training and there were few internal guidelines of KPIs to work from.

Over time, this led to a deterioration in trust and productivity. Internal politics seeped in.

Because new customers and merchants kept coming in, no one at the management level had enough time on their hands to consider the broader goals or define what success should look like. And this lack of direction placed enormous levels of pressure on leaders and their teams.

While this made for challenging work, these were all common obstacles James and Markus had come across time and time again consulting at companies or running their own businesses all over the world during their respective careers.

But nothing could have prepared them for what happened next. In a dramatic turn of events, one day in June 2020, Wirecard employees and contractors discovered the company was at the centre of an accounting scandal.

The Wirecard story was damaging, ultimately leading to the dismissal of a highly talented and driven workforce and resulting in huge financial losses as the company filed for insolvency on 25 June 2020.

Today, Gain the Lead offers its vast experience of helping fast growing companies in the payment industry build their businesses:

This is the story of how Gain the Lead came to be.

Markus is an entrepreneur with over two decades of experience in fintech. During that time, Markus successfully developed the gift card industry at a global level. This took him to Western & Eastern Europe, South America, South Africa and Asia. Markus worked with numerous payments companies right across the value chain and is very experienced in integrating suppliers and retailer payment systems.

Markus led global sales teams, giving him a real understanding of what makes a winning strategy and how multicultural teams can excel.

When the Wirecard project came to an abrupt end, Markus saw an opportunity for consulting in the burgeoning fintech industry and wanted to continue his work driving sales excellence.

James had always wanted to train and was passionate about communication and leadership. And, after attending his first course in training over 20 years ago, he was only more determined to pursue his passion.

After occupying a VP position at the IT sector company for 5 years, James began his consulting career and was soon delivering more than 140 days of executive training a year.

As he progressed, James’ work took him all over the world and he helped both large corporates as well as their nimbler brethren to implement change programmes, develop quality leaders, implement product strategies and organisational restructuring.

James was always interested in technology and most of the projects he was involved in were tech focused. So when he was asked to provide his leadership training and change management services at Wirecard, he was keen to take on the challenge.

Purpose matters. It’s what drives us to get up in the morning. It’s one big factor that motivates us to excel at what we do.

But when James came to Wirecard and started training, he noticed there was no common set of goals to work towards or common purpose among the company’s leadership team. And that wasn’t because of a lack of talent. Quite the contrary – Wirecard’s leaders tended to be highly ambitious, driven and customer focused.

Instead, in the absence of any solid internal guidelines, the company’s EVPs and VPs tended to create their own growth plans, operating almost in isolation from other departments. And this meant the organisation’s divisions were often working towards separate goals, each in its own silo.

While Wirecard’s strapline ‘beyond payments’ might have inspired its investors, there was little that could be extracted and translated into action for the company’s teams and their leaders.

Many senior executives had seen their careers fast-tracked from managerial positions to leadership roles and were suddenly responsible for the success of entire divisions. With nearly no existing corporate guidelines in place, little training and inadequate tools to cope with rocketing levels of new business, people were overworked. And because they couldn’t scale their teams, tools and processes, they became yet less efficient each day that passed.

This frustration was tangible throughout the hierarchy and was beginning to damage the atmosphere of a tight knit, hardworking and compassionate workforce.

“Of course the skill set required to succeed in a leadership position is vastly different from someone operating at a tactical level,” explains James. “But when a company is performing exceptionally well and when its leaders have very little time to lift their heads above the parapet to consider the strategic direction of their teams, it’s very easy to lose sight of why you’re doing what you do.“

Markus explains, “I was working closely with the EVP of one of the largest sales divisions. They were coming under increasing scrutiny and there was huge pressure on them to deliver more with less. While the daily tasks were clearly defined, the strategic vision was missing. We worked together to identify how to restructure his business unit and its processes to become more efficient. My role was to build the strategy and a completely new software integration to create a status quo of sales excellence which the whole enterprise would be able to follow.”

“By working alongside James, I quickly discovered we had different, but highly complementary, skills. We worked exceptionally well from the outset. While I had developed strategic and technical parts of the division change programme, James made sure we won buy-in from all stakeholders. It worked really well.”

James recalls, “Markus and I were in the same room when we found out the CEO was about to resign. Up until that point there had been no sign whatsoever of serious misconduct, so it was a big shock.”

Despite being let go of along with all of the company’s external contractors, James and Markus continued to work alongside the divisional EVP for several more weeks.

Each consultant admired the other for their ethical and compassionate approach, the values they applied to their work and the dedication they demonstrated to the work at hand. Both would often work late nights and into weekends, even when they knew they’d almost certainly never be paid for their work.

James and Markus also found that they approached problems in a similar way. And this all served to truly cement the working relationship between the pair.

“The ‘Aha’ moment came when I received a call from James,” says Markus. “We had both wished to continue our work together at Wirecard and the circumstances in which our project ended was totally out of our hands. Our conversation moved on and we both emphasised the value of our complementary skill sets. And then we got talking about what we could bring to other fintech and payment providers.”

James brings his experience of consulting for hundreds of corporates across 40 countries, where he trained leaders, and shaped and implemented change programmes. Meanwhile, Markus has a wealth of industry knowledge, combined with a deep commercial awareness and data-driven approach, allowing him to significantly improve internal efficiencies and define sales excellence.

A successful change programme requires a deep understanding of the industry, product and customer.

But where so many companies and consultants fail is the implementation of those programmes. To make change happen requires buy-in from the employees. And that’s why, in contrast to large generalist consulting organisations who adopt a sequential approach – all consultants at Gain the Lead have great experience in the payment industry first-hand together with the fundamental knowledge of change management.

Gain the Lead focuses all its force on implementing change programmes across payment and retail industries in Europe, delivering end-to-end-results.

We apply a combination of practical application of our projects with a strong personal approach. This ensures that change programmes are integrated into the very core of the business of Gain the Leads’ clients, not just while we’re working together, but beyond a project’s completion.

LET’S GAIN THE LEAD TOGETHER!

How to Boost Sales and Prevent Talent Attrition: Invest in Your Payment Training

Fintechs face a steep hurdle: give employees flexibility to work from home (or wherever they please) while also... 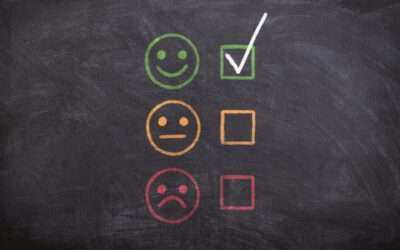 Unless you’ve been living off the grid for the last 20 years, you’re well aware that the payment world is growing... 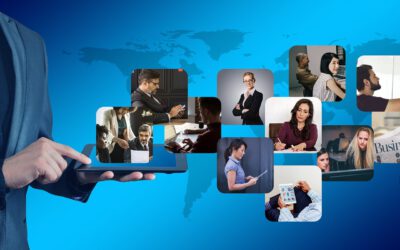 As any fintech founder will attest, the four Ps of marketing — Price, Product, Placement, and Promotion — are still...

You have Successfully Subscribed!

We care a lot about sending you high quality content that will help you as a payment professional. You can unsubscribe from the newsletter at any time.